Tell us your stories 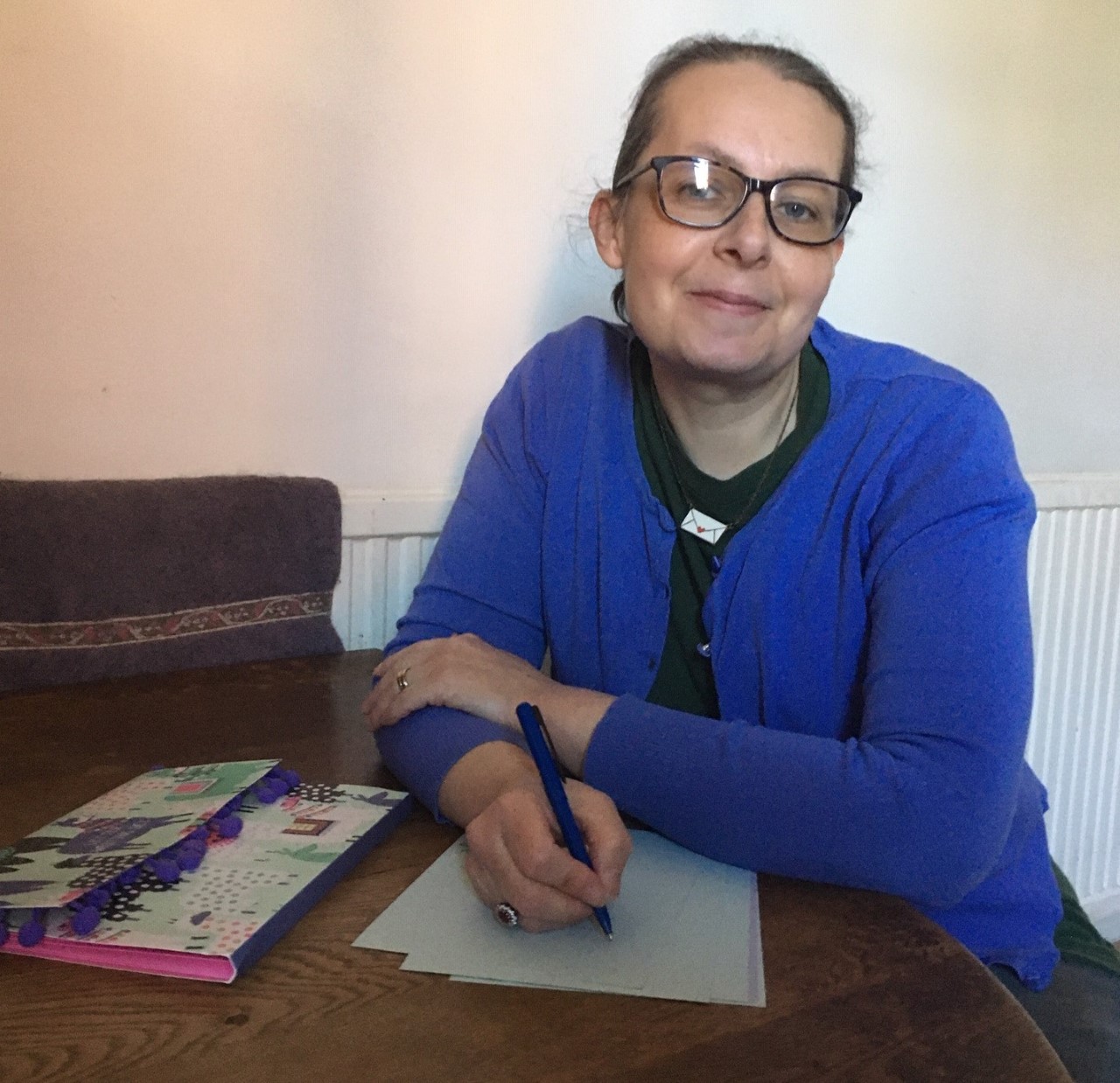 This is Kate Ibbeson, she saw our Penpal request after we had to postpone our Good Neighbour friendly visiting service due to quarantine. She set to work writing letters to support older isolated people in Sheffield, making their day with a surprise letter through the post.

Now she is taking it one step further and is being sponsored for writing 100 different letters. THANK YOU KATE. Sponsor her here: https://uk.virginmoneygiving.com/KateLetters

Last year we had a wonderful medical student called Richard who spent a period of time with us working on the Hospital to Home scheme. He has kindly offered the run the Manchester Marathon for us in April to raise money for our work. THANK YOU Richard. If you would like to sponsor him click here

This spring we have set our highest challenge so far. A 15K tandem skydive, the UK's highest. So far three people have taken on the challenge; Alice Skipworth, Gayle Dooley & Joe Price. They will be jumping on 9th May 2020. Watch this space to see how they get on. 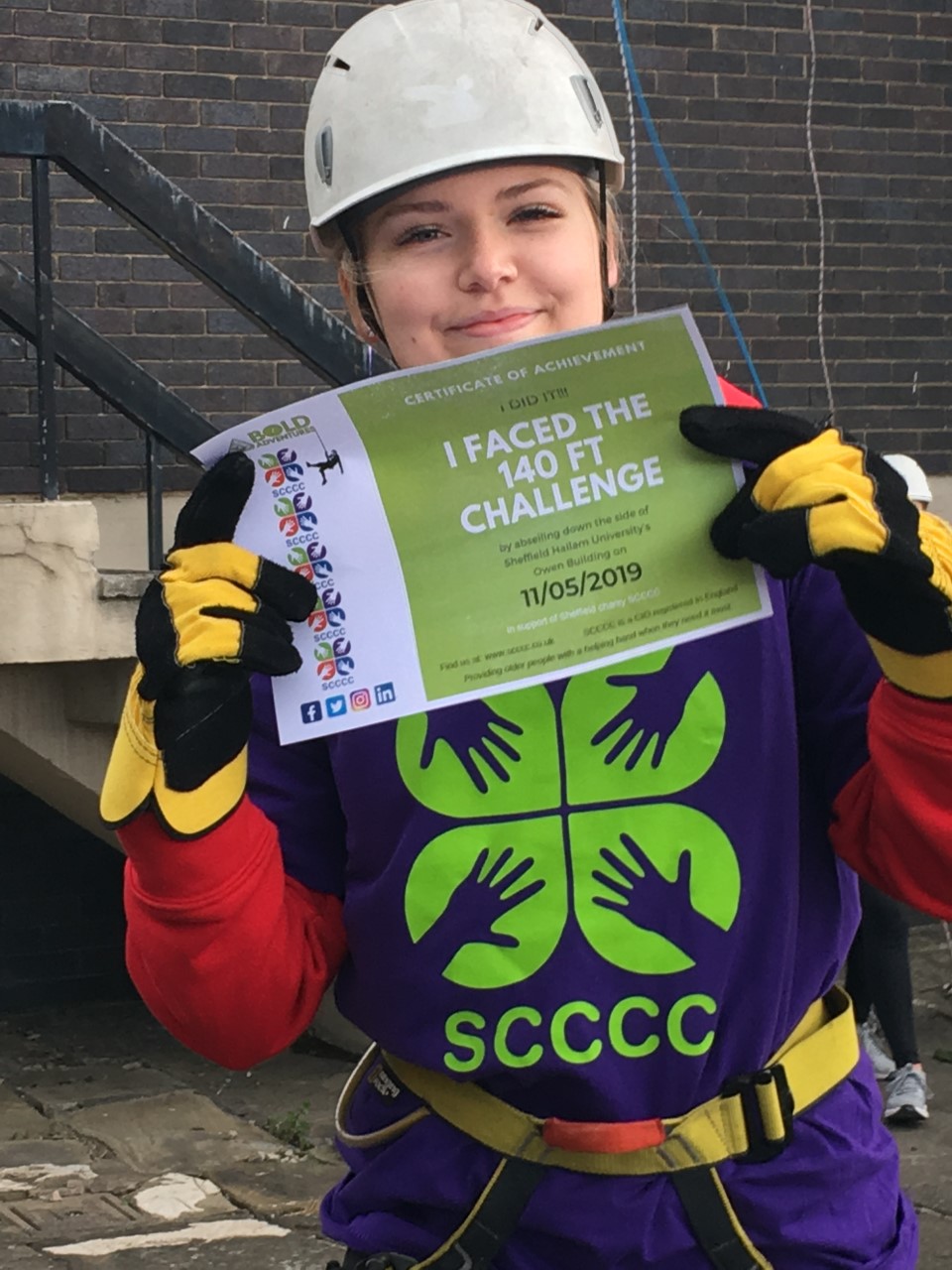 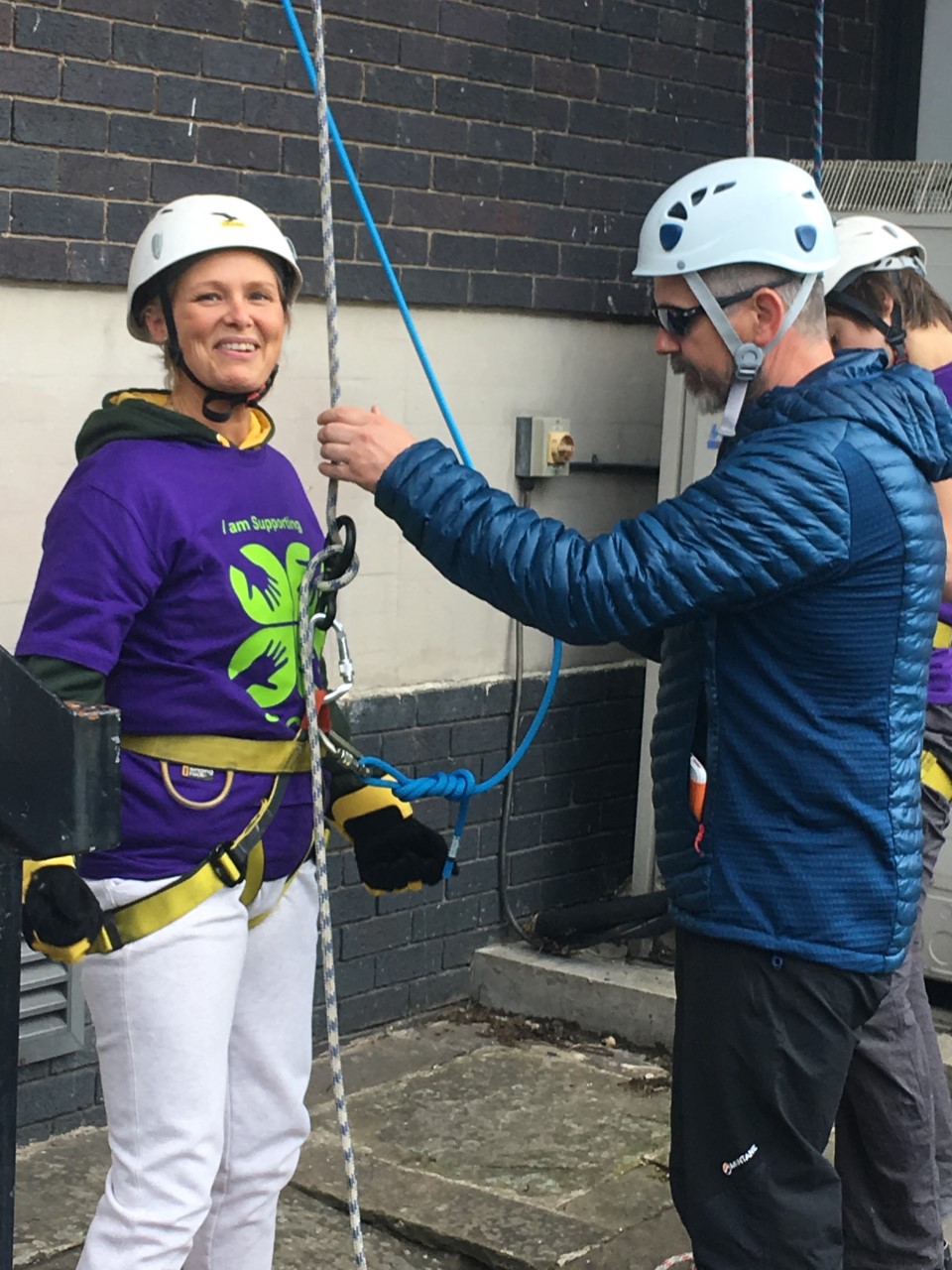 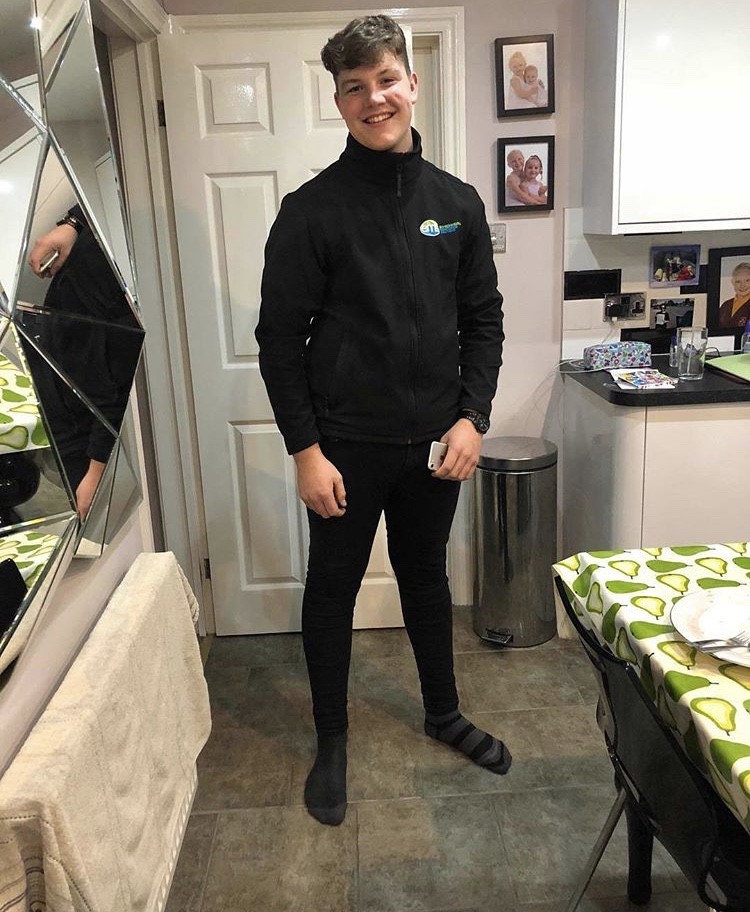 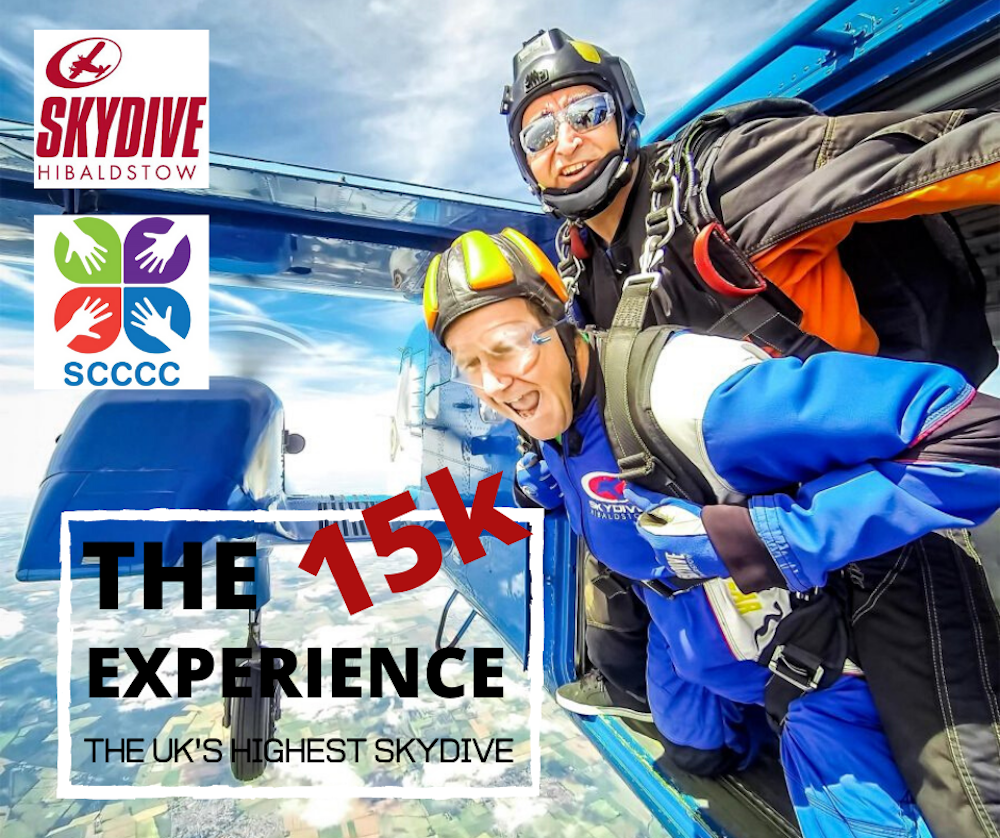 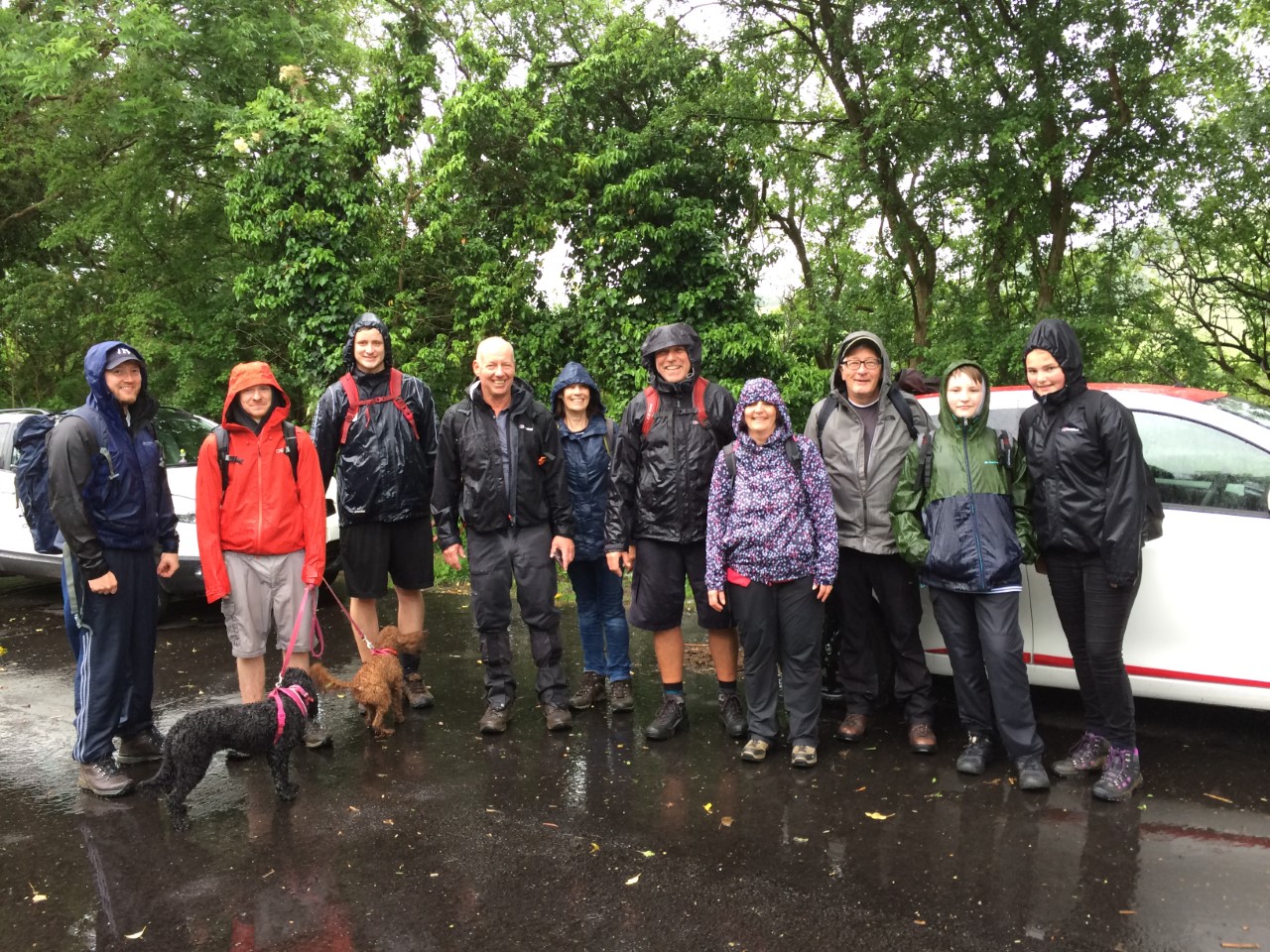 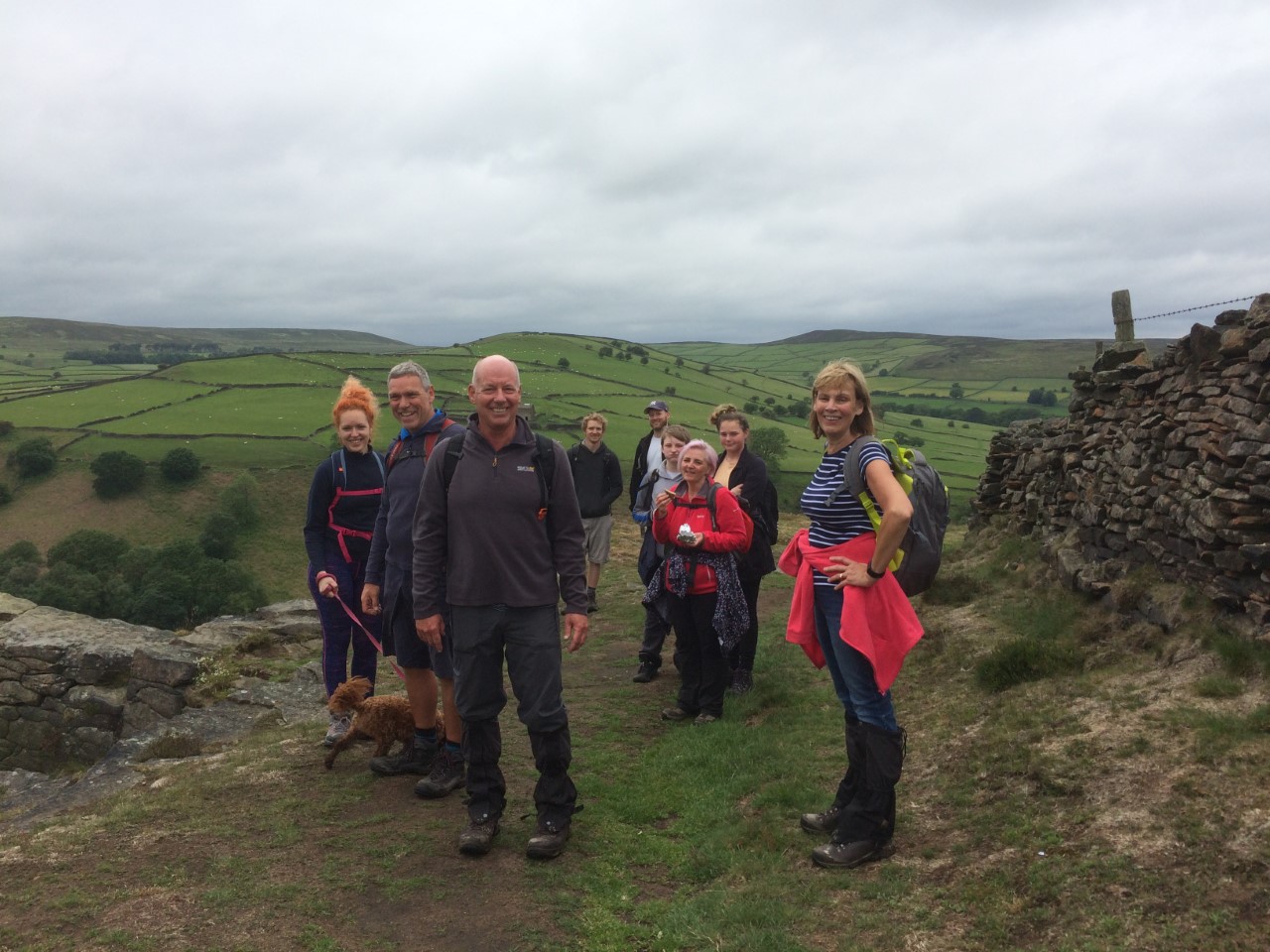 Huge thank you to Laura Whiteley and her friends who did a sponsored walk in aid of SCCCC back on a rainy day in June. They started in Hathersage at 9 am and walked 12 miles including Bretton Clough, Bretton, Abney Moor, Shatton Edge and back to Hathersage (with a pub stop at the barrel Inn of course!) finishing at approx 4.30. They raised a fantastic £1000 for us to purchase a wheelchair that will help us assist older people from hospital to home. WELL DONE EVERYONE!! 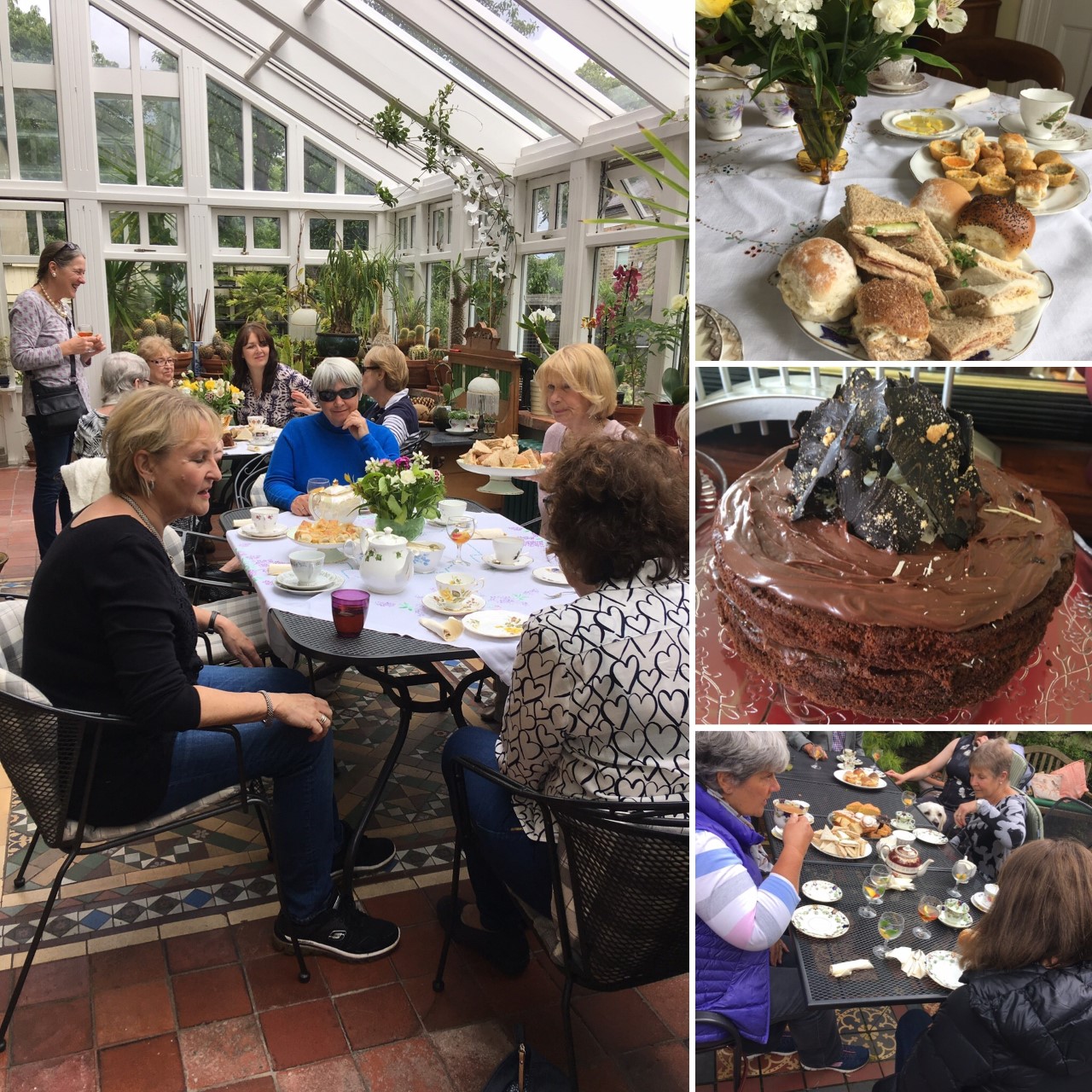 SCCCC Trustee Linda Browell hosted a tea party at her home in June. She invited her dog walking friends to come along and enjoy a delighful array of savouries and sweet treats served on vintage tea sets. What a perfect way to spend a Saturday afternoon. A fantastic £347 was raised. Thank you Linda. 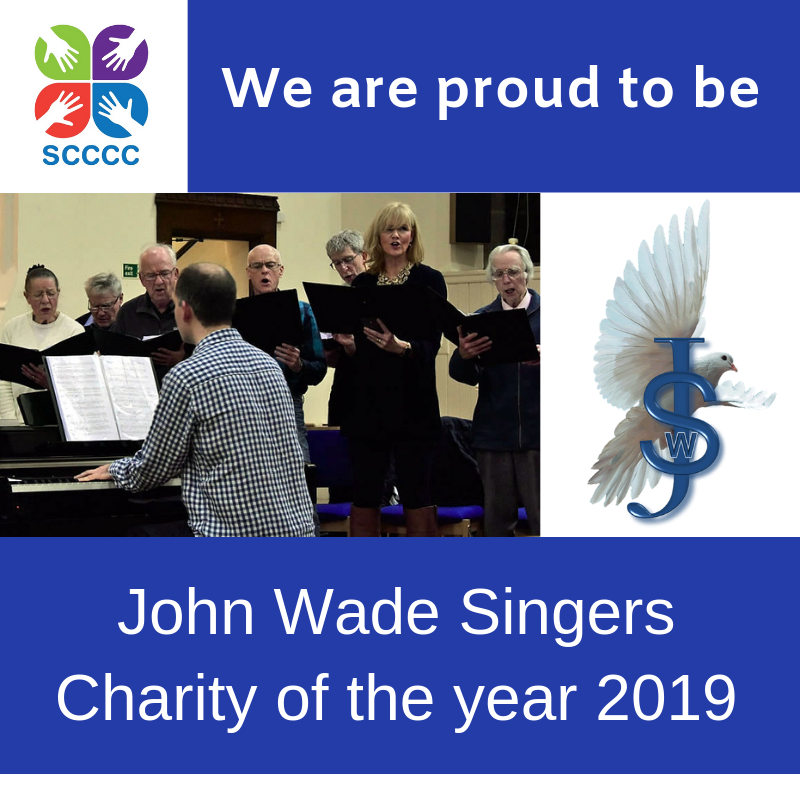 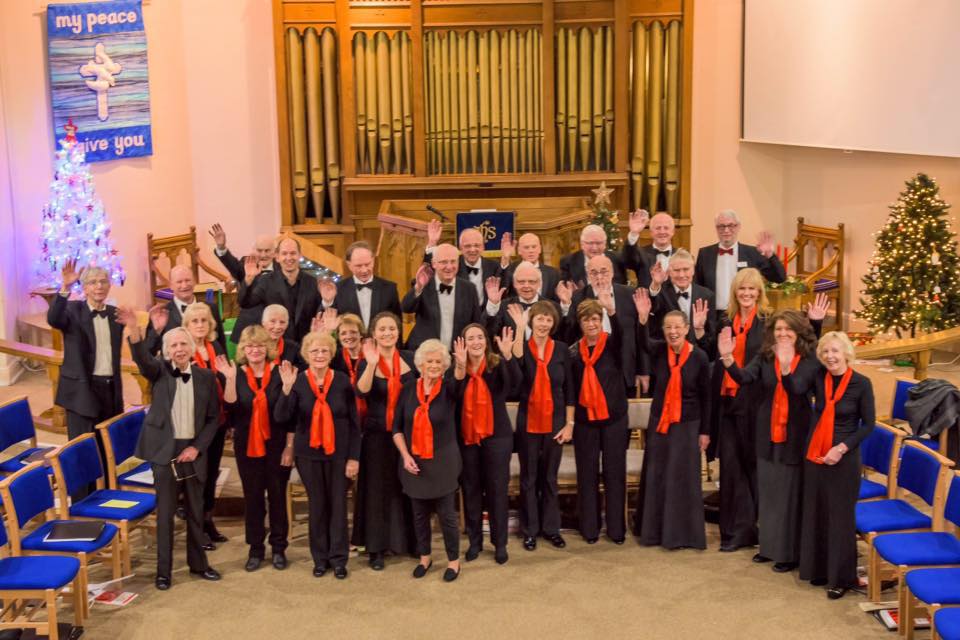 Last year (2019) The John Wade Singers chose us as their charity of the year. They raised a fantastic £506 for us. This amateur choir are based at Millhouses Methodist Church. Since 1984 they have raised over £50,000 for local charities, find out more about future concerts on their website.

Back in the summer a team from Active Recovery at the Northern General Hospital climbed Snowdon. Deborah, Lisa and Julie, along with their other halfs and puppy, Bella, climbed the 1.085m to the summit. They raised a fantastic £575.15 to thank us for all the support we give them throughout the year supporting older people on discharge from hospital.

Beighton Lifestyle Choir raised a fantastic £511.71 for us when they sang Christmas songs at Crystal Peaks shopping centre and held a concert at their local community centre. Well done everyone!

Here are a group of NCS students from Sheffield Wednesday who were tasked with raising some money for a charity. They chose us! They did a sponsored walk between Sheffield Wednesday and Sheffield United football grounds and raised a fantastic £44.20. Well done everyone! 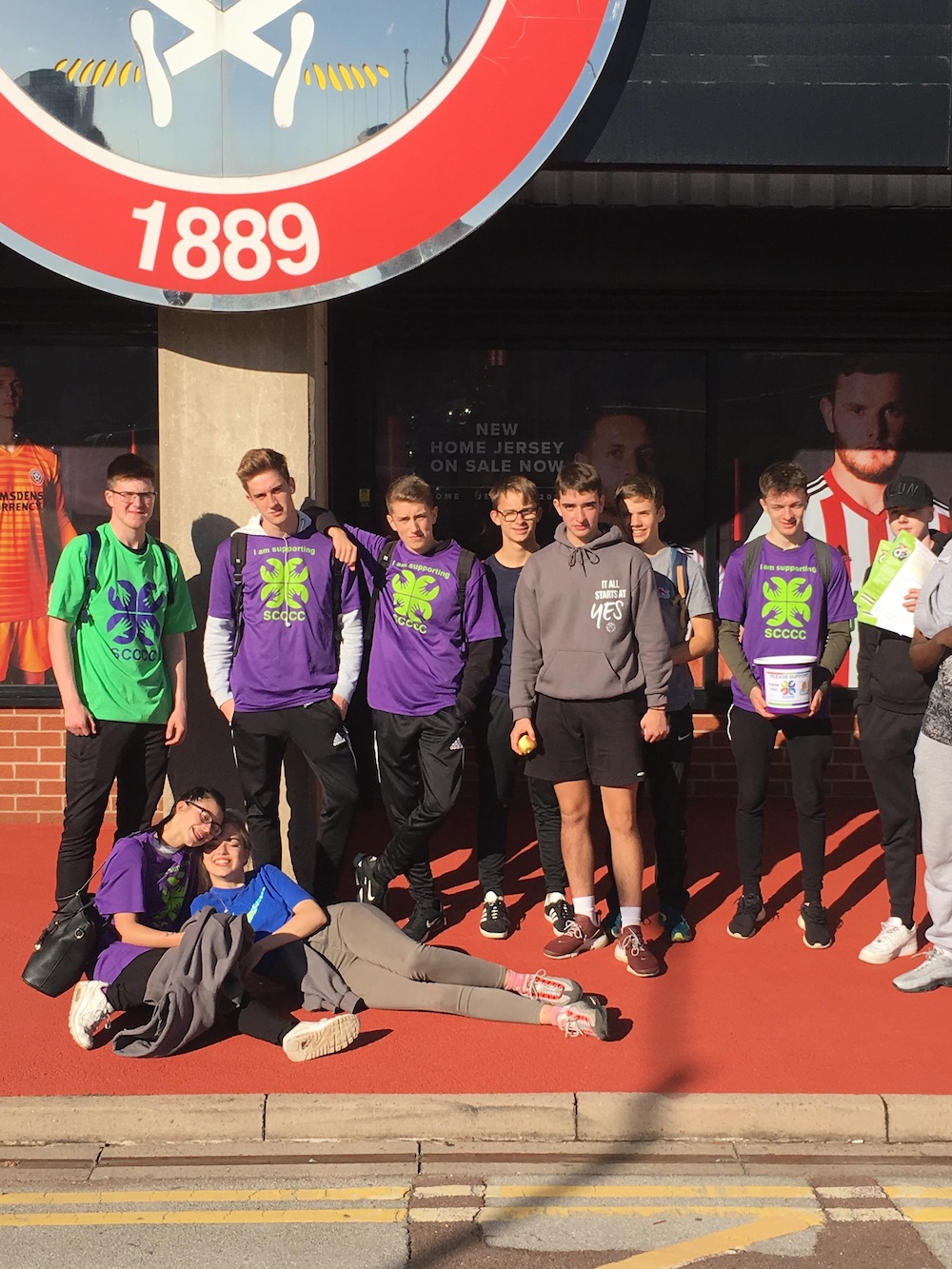 Say hello to our fabulous runners who together raised over £1,400. They included a father and son team, our first couple's team and some volunteers from our Good Neighbour Scheme. Well done everyone!

You may recognise this face! Christian Hopkins ran the Sheffield Half Marathon for us earier this year. He has just completed the Chester Marathon in 3 hr 5 mins and has raised a fantastic £666 to help us continue our valuable work. THANK YOU! 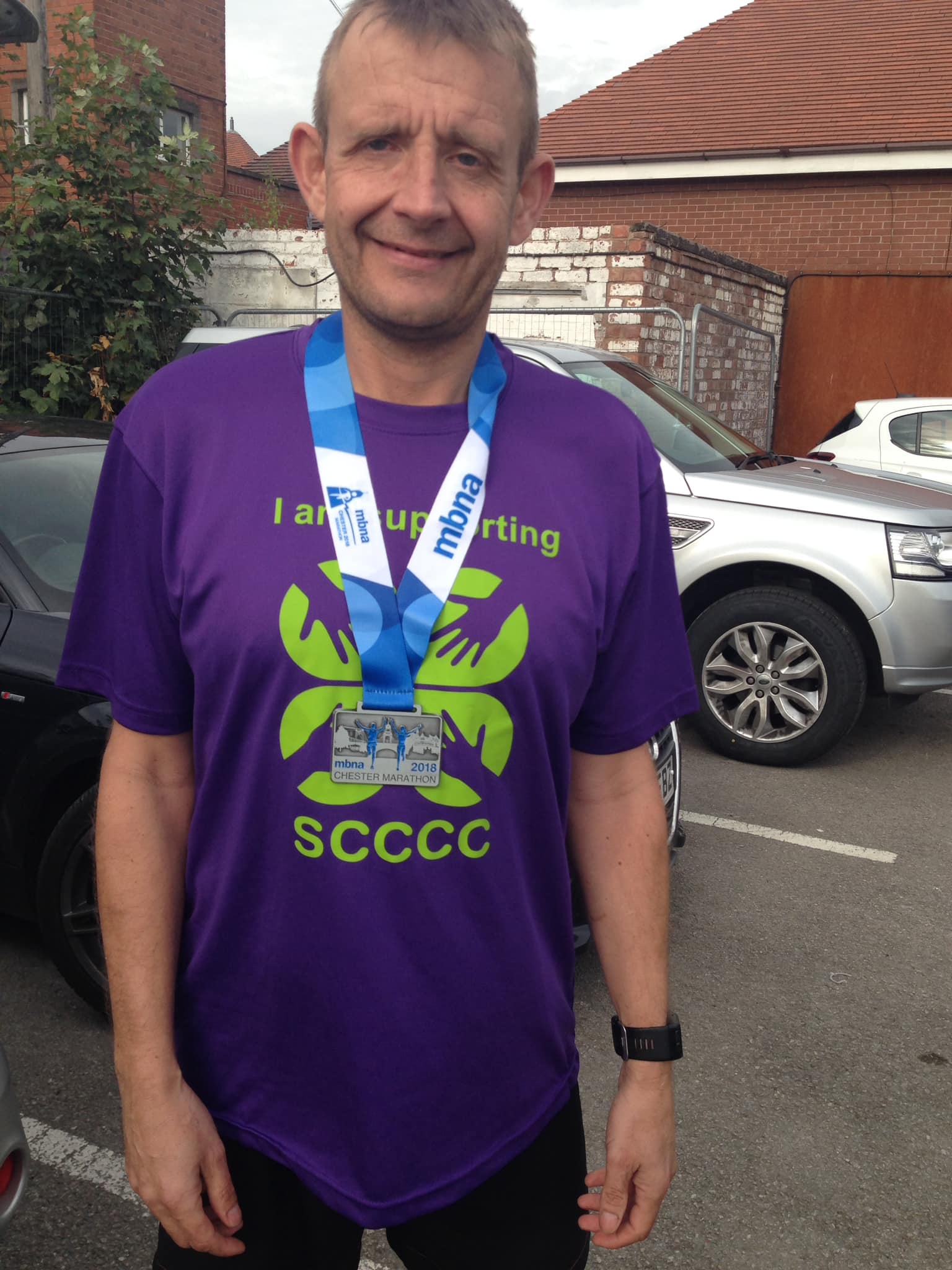 This is Finn Burgum and her running buddy Hendrix the dog, proudly showing off her medal at the Edinburgh Half Marathon on May 2018. Finn not only raised £130 for us but she is also one of our Good Neighbour volunteers and visits an older person in Sheffield on a weekly basis. Thank you Finn! 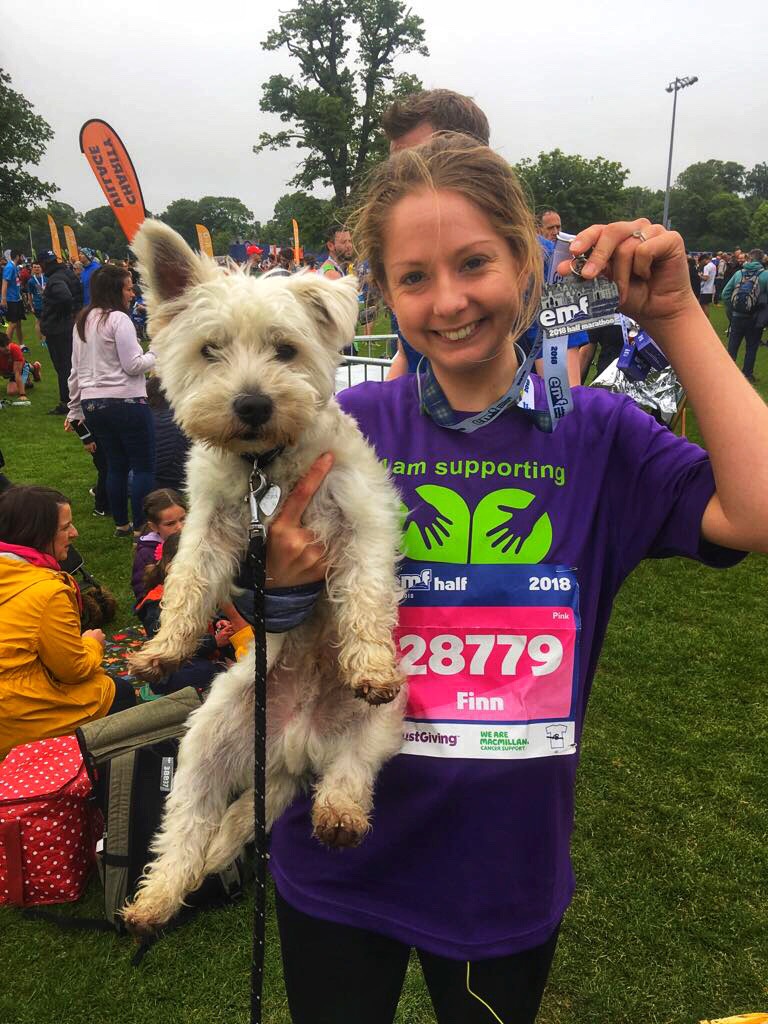 This is Garry Elliott, not only is he one of our Good Neighbours Volunteers, visiting an older person in Sheffield who is isolated and lonely but he is a fitness king! Garry has just completed the Etape cycle race around Loch Ness (April 2018) and he raised an incredible £896.25 for our charity. THANK YOU GARRY. 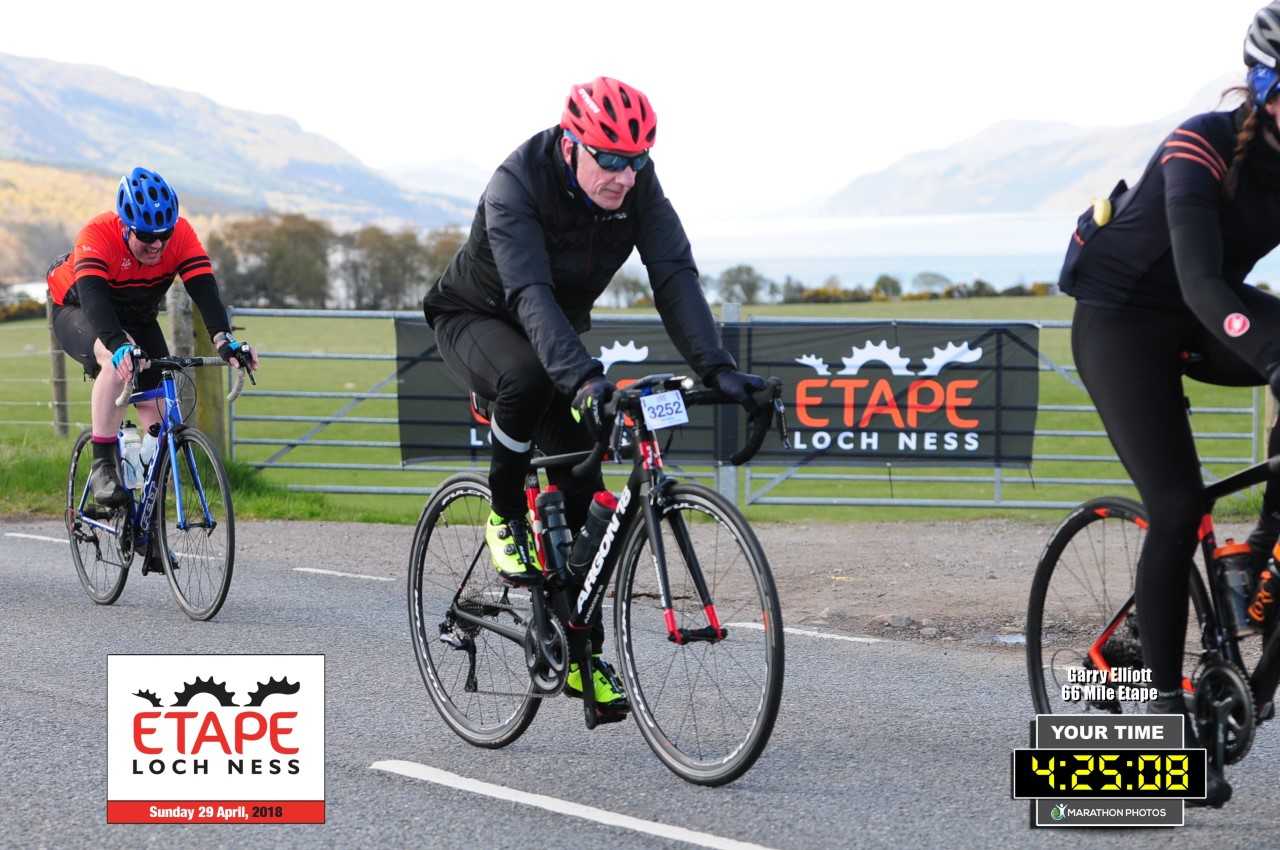 This year we had 8 runners who between them raised a fantastic £2,152. This years team included 6 staff members from BT. A big shout out to Christian Hopkins who ran in place of Sam Nix who had an injury and to Matt Dix who ran on behalf of his wife Hannah who was also injured. Thanks to Debs Barnett who is a long term supporter and Sue Hallam who completed the team. 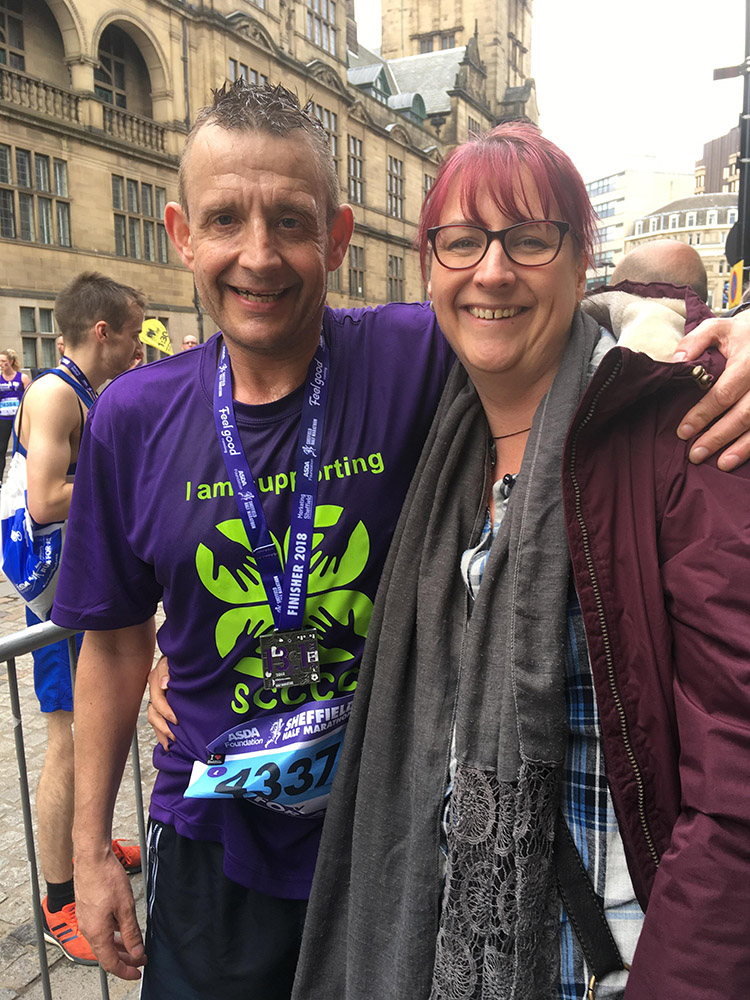 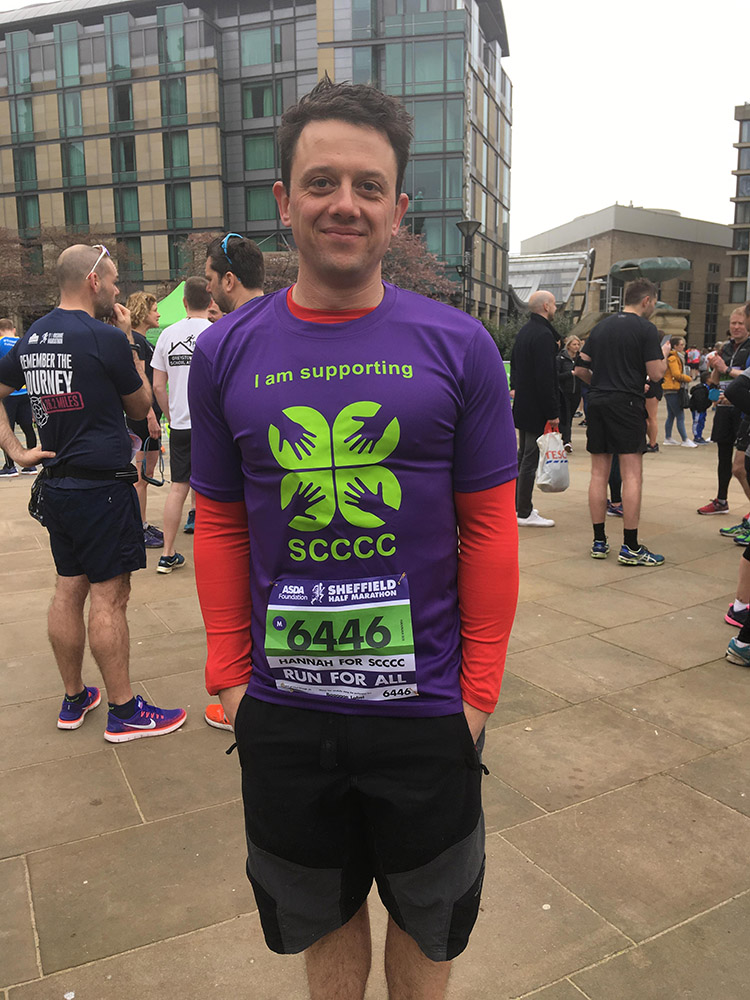 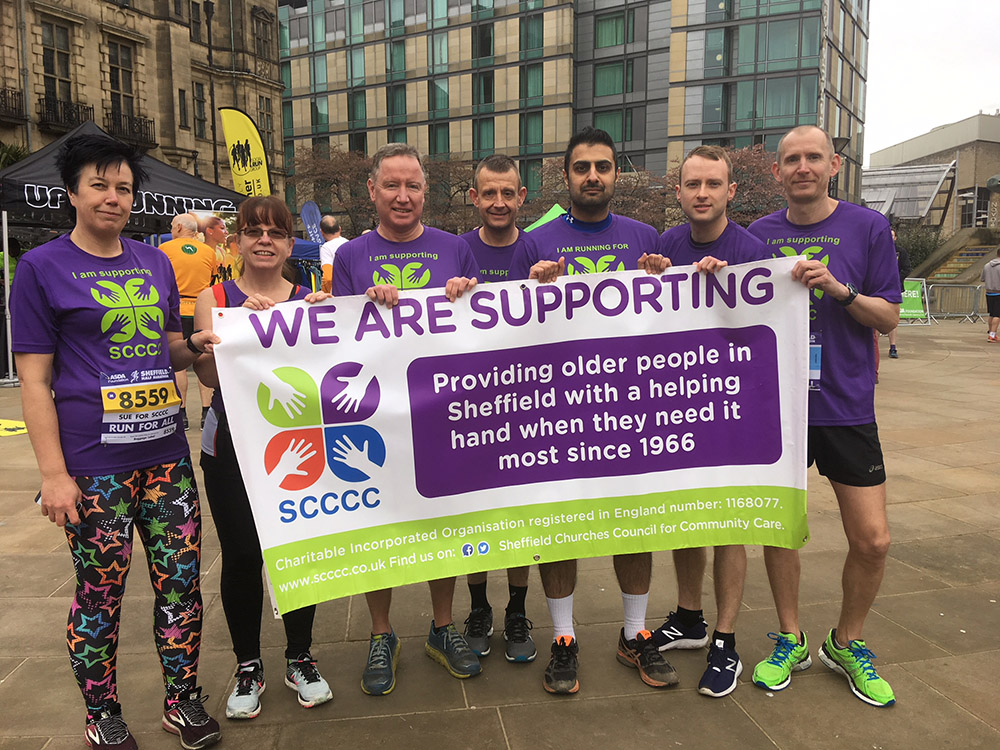 Well done to Adam Lenton from BT who was due to run the Sheffield Half Marathon for us but was called away on business. He decided to run the Monsal Trail Half Marathon the week before he left and raised a fantastic £298. 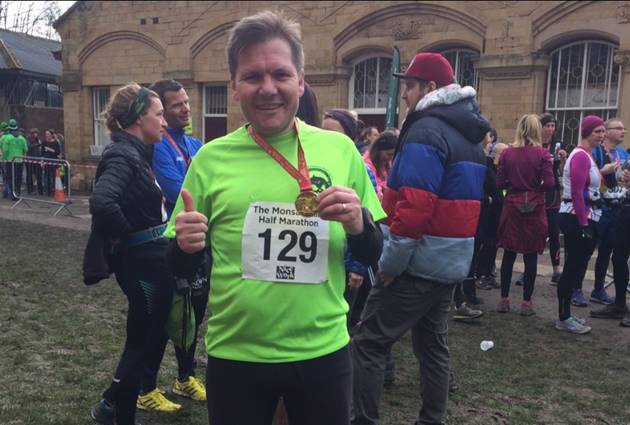 Glee Bah Gum are a Sheffield based community choir who use their vocal talents to raise money for local charities. This year they have chosen us as their charity of the year. They will be raising money by holding performances throughout the year at supermarkets, community events and special concerts. Please support them if you see them. Update Jan 2019 £200 raised! 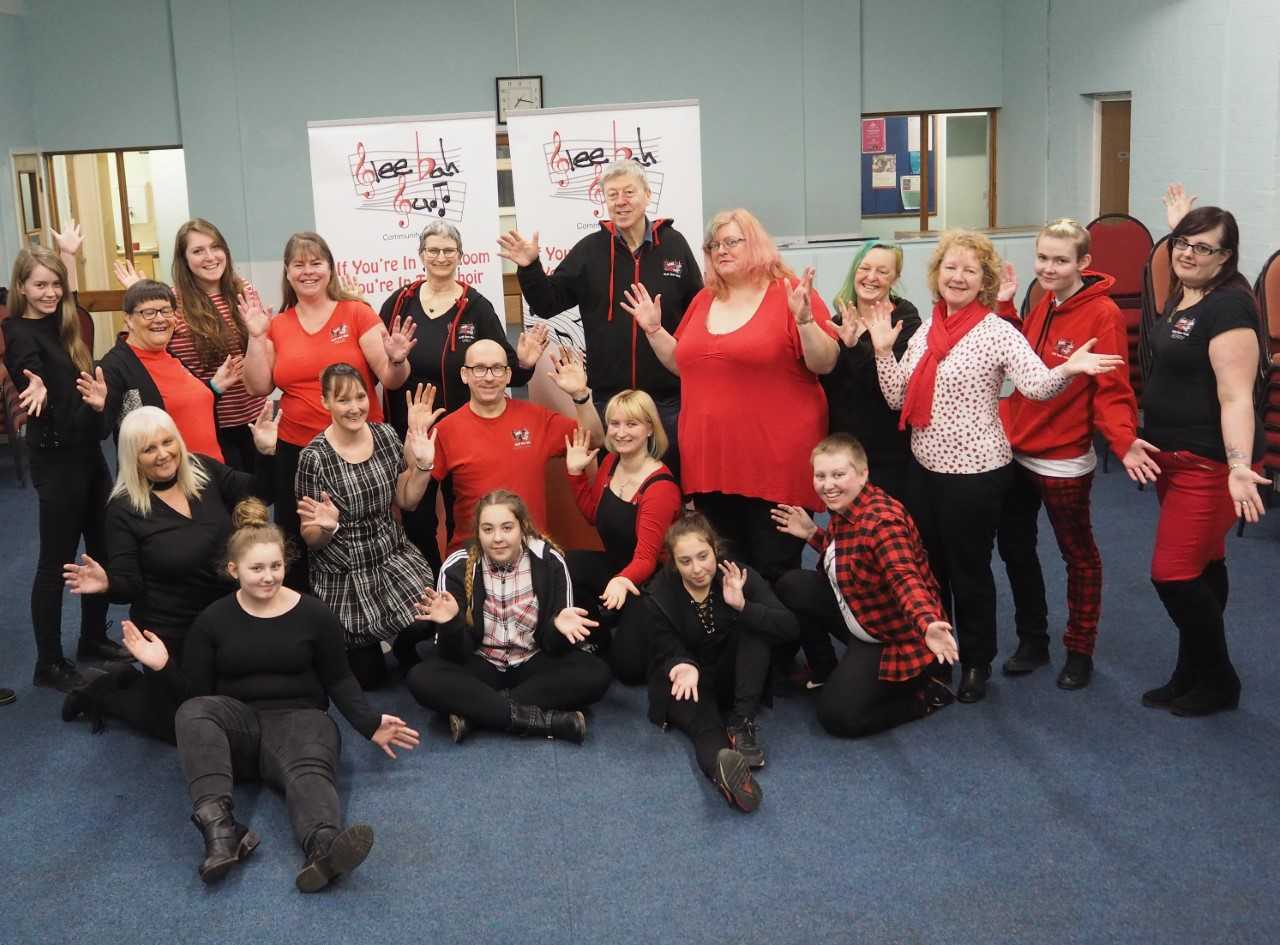 Say hello to Lindsey Stewart who completed the Sheffield 10K along with 7 others for us recently. Together they raised over £2,000 to help us continue our work to support older people in Sheffield. 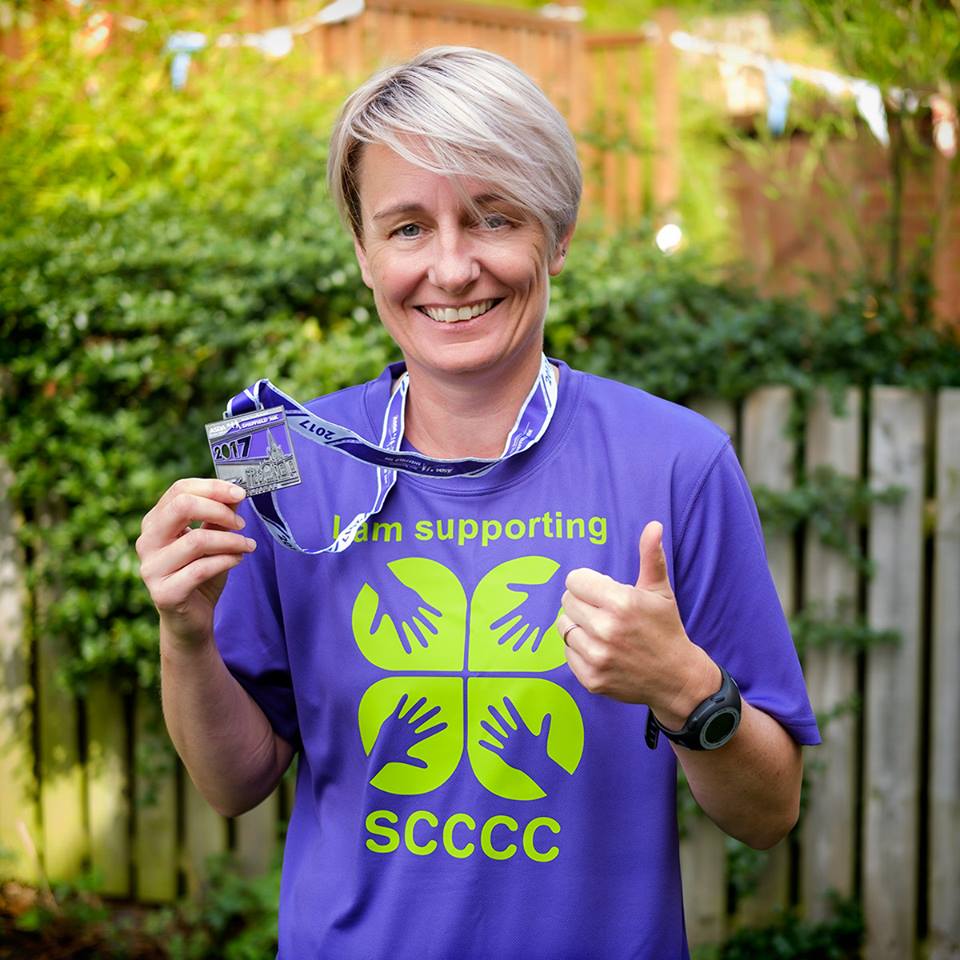 This is Martin Dunn. He is taking on the Yorkshire Tough Mudder challenge on behalf of SCCCC on 30th July 2017. You can sponsor him here 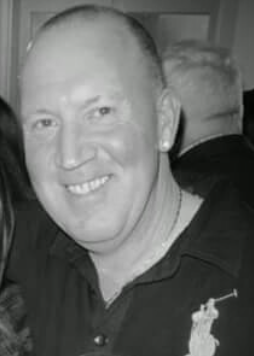 Sheffield Half Marathon on 9th April 2017 saw  SCCCC having the biggest number of runners it has ever had in one event - five in total. Each of our runners ran for their own reason, but all were running to raise money so that we can continue our vital work with older people in Sheffield. They raised a fantastic £1,198 between them. WELL DONE GUYS. 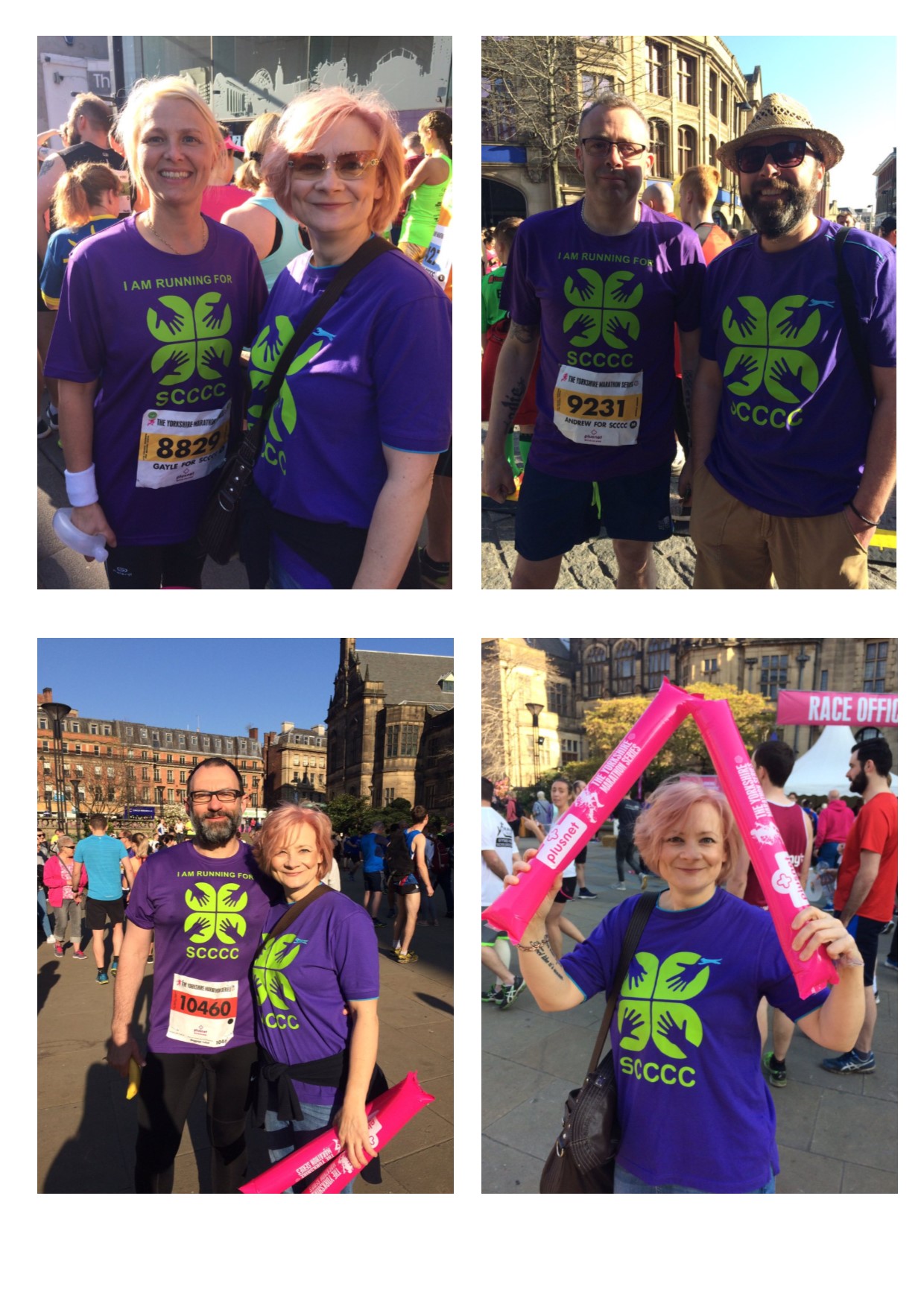 This is Gayle Dooley. She is new to running but has challenged herself to do the Sheffield Half Marathon on behalf of SCCCC. Gayle, who works in the care sector understands the value of the good work of SCCCC and is more than happy to help. You can sponsor her here 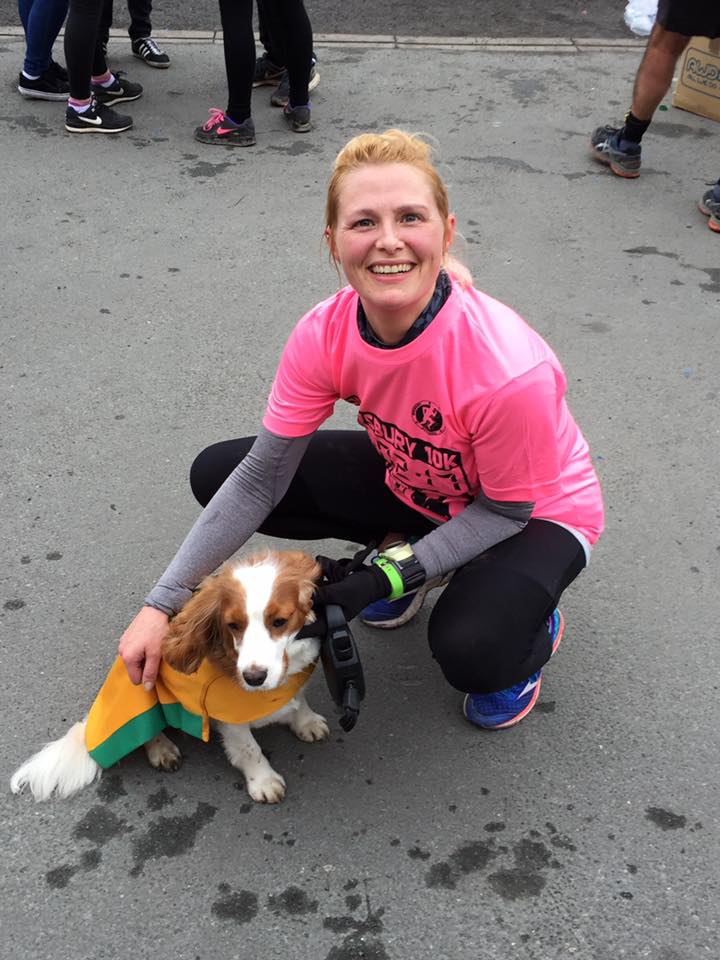 Big Yellow Self Storage Sheffield Bramall Lane, have been providing support since 2015. This year they are also helping us with our Cycle to the Moon Challenge. Check out the video to see them in action.

Anne Jennings raised a fantastic £717 when she signed herself up for a wing walk to mark a milestone birthday.

Travelling at speeds of up to 130mph Anne experienced the ultimate thrill that included zooms and climbs up to 600ft and passes near to friends and family.

Anne, thankyou. You were superb!

Irene held an S&4C's tea party for us, she hosted the party on a rainy sunday afternoon with her friends, eating cake drinking bubbly and selling home made cards with all proceeds donated to us. Thank you Irene. You are a star! 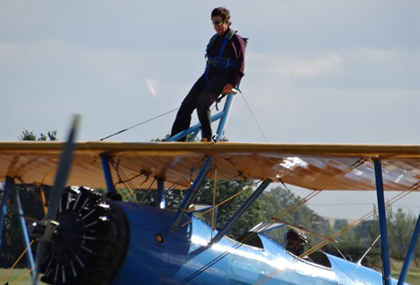 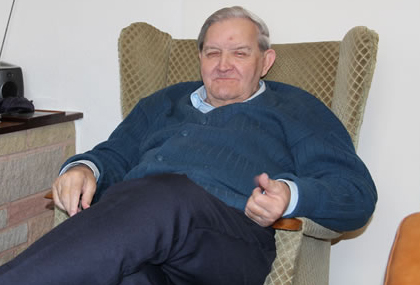