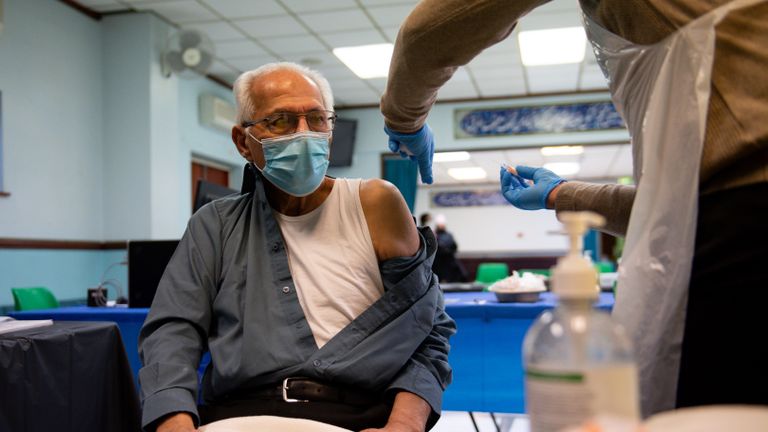 With COVID-19 looking to be around for the foreseeable future, it seems to make sense to say ‘yes’ to being vaccinated -  doesn’t it? However, a poll commissioned by the Royal Society for Public Health in Dec 2020 revealed some statistics that are particularly worrying with regards to the BAME community.

In the wider community 76% of the British public have said they WOULD have the jab, with only 8% saying they would refuse. Narrowing down to just the BAME sector and the answer is very different, with only 57% of respondents from Black, Asian and minority ethnic backgrounds likely to accept a jab. This figure falls to 55% in the Asian population.

A survey earlier in the year (2020) also revealed that parents in the BAME community were almost 3 times more likely to reject a COVID-19 vaccine for themselves and their children than white parents. And yet another poll suggests that up to 72% of black UK residents are reluctant to take the jabs.

Statistics from the first wave of the pandemic showed that deaths from COVID-19 among black African and Bangladeshi males aged nine to 64 were around five times the rate among white males of the same age. ONS data from the first wave showed Black African women had the highest under-65 death rate of any ethnic group, with 27 deaths per 100,000, compared with seven per 100,000 white women. The rate for Pakistani women was also more than three times as high as the rate for white women, with 26 deaths per 100,000. These numbers make the low take up of the vaccines alarming to say the least. But why is there such resistance within BAME communities?

The answer is probably misinformation, we have all been exposed to the anti-vac campaigner’s messages, and the facts can be hard to sort through and understand. There is also a genuine fear within some BAME communities that the vaccination program is not being rolled out in a way that serves and benefits them. For example, the requirement to visit a group vaccination centre with the attendant worries about segregation etc.

So what kinds of misinformation about the vaccines could potentially be affecting BAME take up more than the white community? One fallacy spread via social media was that the vaccines contained pork product derivatives, another that alcohol is included, and yet another, that the vaccines could affect DNA. Yet others cite the myth that the vaccine causes infertility, will kill you, and that they are ‘being tested on black people’. All topics which appear to be aimed to cause the maximum fear and distrust amongst those from Black, Asian and minority ethnic backgrounds.

One other factor often mentioned when people are reluctant to accept the jab, is the short time scale in the research and production. It is a worry repeated by people whichever community they come from…even the BMJ expressed concern that the rapid creation of vaccines could cause problems further down the line.

However, and this is a BIG however, at the moment the vaccines we have are the ONLY protection against contracting COVID-19, other than strict self-isolation. Add to this the higher infection rate within the BAME population (thought to be caused, at least in part, by multi- generational living and the fact that BAME workers are disproportionally present in so called front line occupations) and you can see why GPs, the NHS in general, plus BAME community and religious leaders, are keen to dispel the false information and encourage uptake of the vaccines within BAME communities.

So, what can be done?

Recently Imams and other local faith leaders have been encouraging their congregations to get vaccinated, with some even sharing video of them getting the jab. BAME TV celebs have also banded together to promote the safety and efficacy of the vaccine and dispel the untruths surrounding vaccination.

More importantly, £23m plus  has been allocated to 60 councils to encourage high-risk groups to have the COVID-19 vaccination, and local authorities are being encouraged to develop strategies aimed at better informing their BAME communities of the necessity of increasing the uptake of the vaccination within their areas.

We all need to work together in order for us to get back to being able to live fuller lives, meet with our family, friends, and neighbours and attend faith based gatherings safely.