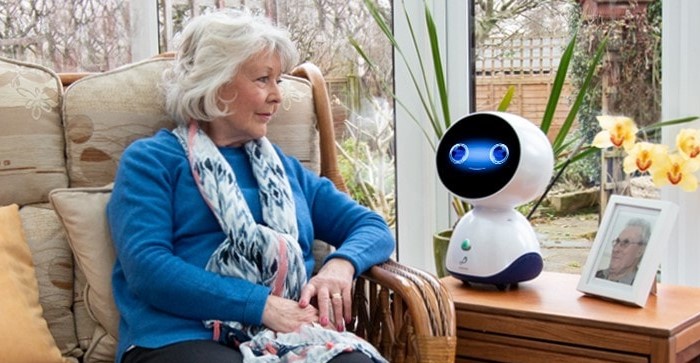 Does the word fill you with dread and loathing?

Are you a ‘technophobe’?

Or do you love all the gadgets and gizmos out there?

Most people probably fall somewhere in the middle of those two extremes, perhaps a little cautious to adopt new technology but nevertheless recognising the advantages!

Stop and think for a moment just how much things have changed since the 1950s and 60s when technology really began to become a part of everyday life.

Were you an early adopter?

Do you remember the excitement of your first TV? And then further excitement when you were able to upgrade to colour!

What about washing machine, a spin dryer, a refrigerator and freezer?

With the exception of the spin dryer (more likely to be a tumble dryer these days) all of these items are commonplace nowadays, and indeed most people probably can’t imagine life without these kitchen appliances.

Back in the 1960s though, they were all NEW technology, and comparatively speaking, very expensive.

Can you imagine going back to a time when you had to boil water on the stove; handwash your clothes, or use a ‘boiler’ over a wood fire; rely on open fires for warmth and cooking?

Well, younger people similarly can’t imagine having to exist without all the ‘tech’ they have!

Whether you are a technophobe or not, you probably have a TV.

If you have a TV you are used to looking at a screen – a personal computer (PC) is not so very different…except you dictate what shows up on the PC screen, not the broadcaster! A computer can be used for entertainment purposes, for education and for staying in touch with friends and relatives (especially those overseas).

Until quite recently most home users would have a ‘desktop PC’ which has a base unit (where all the ‘innards’ are) and a separate screen, keyboard and mouse (a device that allows you to select things on the computer…not a small furry animal).

An alternative to this is a ‘laptop’ – at one time they were prohibitively expensive for the home user but nowadays you can pick up a decent quality laptop for around £300 (a lot less if you look for refurbished models).

A laptop takes up a lot less room than a desktop PC, which makes them ideal if space is limited.

Once you have your PC or laptop – then what?

Well, you could of course faff around by yourself, get fed up, angry and vow to ‘chuck it in the bin’; OR, you could look for a local class to teach you the basics. A willing grandchild could also come in handy! Check the Sheffield Directory, at the time of writing there were 20 ‘computers for beginners’ courses in Sheffield, many held in local libraries.

To get the most out having a computer at home you will also need to be connected to ‘the internet’ and to do this you need ‘broadband’. Think of this as a telephone connection for your laptop which allows it to ‘talk’ to millions of other machines.

What if you can’t afford a computer or broadband?

Many local libraries have internet enabled PC’s which are free to use. There are also ‘internet cafés’.

You can probably remember the first mobile phones…they were the size of bricks and just as heavy.

The first commercially available handset first hit the scene in 1984. In less than 40 years mobile phones have metamorphosed into what are effectively hand held computers, complete with high definition screens.

They are everywhere…in fact walk down any street in the UK, or sit in a café, bar or restaurant and it’s a fair bet that at least every other person will be staring at the screen of their phone!

Now there’s no denying that a mobile is considered essential for most people, and they are a great way of being able to keep in touch, wherever you are, but the small screen (often touch screens) may not be suitable for an older person with eyesight or hand mobility issues.

Computers and mobile phones may be the first things you think of when you hear the word ‘technology’ but there’s so much more out there! 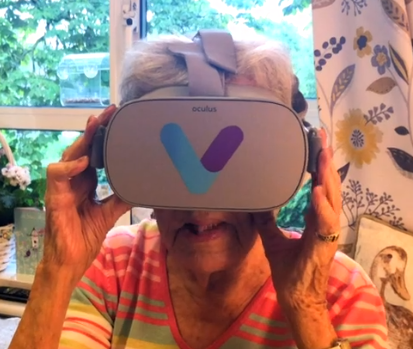 Virtual Reality, or VR, sounds like something from a science fiction movie, and in some ways it is. The concept of wearing a headset and immersing yourself in a game or a film does seem a little ‘out there’ but research has discovered that VR can be amazingly positive for older adults, and in particular those living with conditions like dementia.

VR can help improve memory recall by recreating scenes and images from the past…take a look at this video if you don’t believe us!

Amazon’s Alexa device and Google’s Home fall into the ‘voice activated tech’ bracket. In the simplest of terms, they are speakers (and sometimes screens too) which are connected to the internet and operated by voice only.

They can be used both for entertainment, playing music, or a radio station for example: as a reminder – as they can be set to alert when meds are due, or as a timer if you are cooking: but they can also be used to talk to other people. This means your children and grandchildren could talk you via the device without incurring phone bills.

They can be a pain to set up (ask a grandchild!) but once they are up and running – and you get used to talking to them – they are surprisingly useful.

Assistive technology simply means any device that helps to maintain, or improve, one’s ability to do something. To a degree, all of the items we’ve already mentioned in this article fall into this category, but there are more specific pieces of tech.

For example telecare alarms which work by placing sensors around the home of a vulnerable adult to track movement (such as getting out of bed, going into the kitchen etc). An alert is sent to a central monitoring point if no movement is detected during a specified time period, or the bath has been left running or the gas not turned off.

This technology can enable someone to stay in their own home for longer and gives them and their families some peace of mind, without the need for intrusive home visits.

The same kind of technology can be used for telehealth devices which are pieces of kit for the home monitoring of things like blood pressure, heart rates, blood sugars etc. The user is provided with the appropriate items and the results are sent directly to a healthcare professional enabling a close eye to be kept on ongoing conditions without the need to attend GP or hospital appointments.

Personal alarms, GPS trackers and fall detectors, are all examples of wearable technology that come under the category of assistive technology.

So do such things as phone handsets (both mobile and landline) with larger keypads and buttons and also TV remote controls adapted for ease of use. 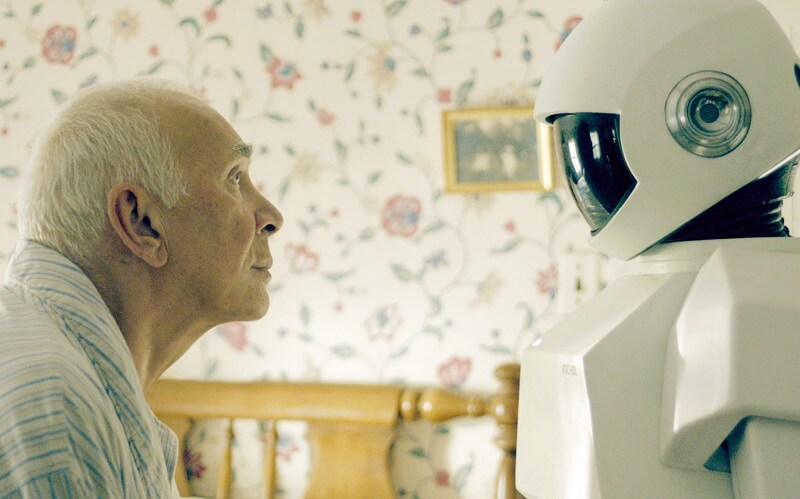 Believe it or not, robots are already used quite extensively in care home settings.

Now obviously we aren’t talking about ‘Robbie the Robot’ or any of the other robots popularised in 1950s and 60s sci-fi! But there are several small, and dare we say ‘cute’, robots out there which do seem to help those living with dementia.

These range from simple cuddly toys which react when stroked, through to more complex machines like MiRo, a dog like robot which was actually developed here in Sheffield. MiRo can be programmed in a number of ways and responds to the spoken word.

Taking the concept of robots in care one step further, would you trust a robotic doctor? A report from February 2019 notes that a new artificial intelligence (AI) system matched a human doctor’s diagnostic performance. You can read more about that here.

Perhaps the thought of interacting with a robot, any kind of robot, is still a step too far for many of us to consider just yet but we may have to resign ourselves to the fact that one day soon we may not have a choice!

Already AI and robotic technology is assisting surgeon with things like micro surgery when the surgeon actually controls tiny instruments actually inside a patients body via remote control! Robots can also be used to take away the routine tasks which take up staff time – check this video.

Robots can also be used to help alleviate loneliness by providing companionship there are several robots already out there which interact with the user in various ways.

One of these is Pepper, a humanoid type robot whose cameras, microphones, and software enable it to perceive smiles, frowns, tone of voice, and body language (apparently).

Pepper can then respond in an ‘emotionally intelligent way’ to the person ‘she’ is interacting with.

Whether we like it or not, barring a catastrophic implosion of society in general (well anything is possible these days!) technology is here to stay.

Love it or loathe it.

Use it or run from it.

Tech is all around us!