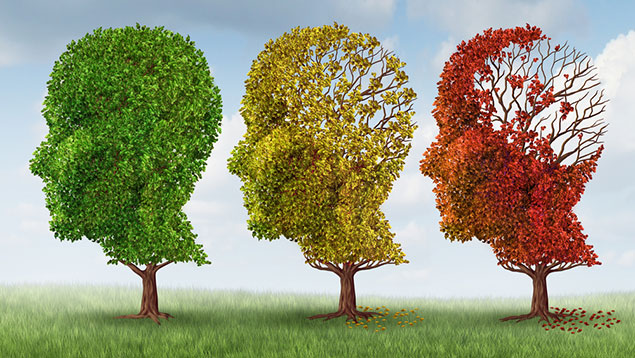 Dementia in its various forms – Alzheimer’s, Vascular Dementia, Lewy Body Dementia, Frontotemporal Dementia – is one of those conditions we all hope won’t affect ourselves or our loved ones.

Sadly though, statistics from 2015 show:

· 52% of the British public know someone who is living with Dementia.

· 1 in 3 people born this year will develop some form of Dementia in their lifetime.

Those are scary, scary statistics aren’t they?

And here’s something really frightening - In the UK, Dementia is the only condition in the top 10 causes of death without a treatment to prevent, cure or slow its progression.

Given the increasing prevalence of Dementia cases in the UK (and around the world) are there ways to help those living with the condition?

Well, yes, is the short answer to that question. Technology is certainly taking centre stage and there are various gadgets around which can help those who are currently able to remain in their own homes.

From simple devices like telephones with large clear keypads, to robotic technology, there is probably a gadget out there which could help someone stay in their own home for longer.

We’ll have a quick look at some of them before moving onto other ways those living with dementia can be supported.

Let’s face it, all of us get a tad more forgetful as we grow older! Keeping track of the days and appointments is easier than ever though thanks to things like electronic calendars on smartphones and PCs/tablets/laptops. Audio and visual reminders can be set as prompts…even for simple things like ‘make a cup of tea’, ‘it’s lunch time’ etc.

Clocks can be purchased which not only show the time, but the day of the week, what the weather is and even if it’s daytime or night time (some people with dementia can lose track of time).

There are dispensers which can be loaded up with a week (or a months’) supply of meds and set to sound an alarm at a specified time during the day to prompt the person to take them. Some of them will actually only open when the alarm is switched off.

The personal experience of this writer (parent with Alzheimer’s) is that these are great in the early stages and work well as a reminder to take meds but become less effective as the disease moves on. I’d find the box in the laundry bin, wardrobe, even the garden, because the alarm had sounded and mum had NO idea why, nor how to stop it ‘making a noise’!

Devices like Amazon Alexa and Google Home can be useful ways for family members to keep in touch with relatives via the messaging capabilities. But these devices, with addons, can be used to control many general household functions such as heating, hot water, lighting etc.

There is also an Alexa ‘skill’ called My Carer which can remind a person living with dementia what to do throughout their day; by providing step by step guidance.

It’s likely that ‘smart’ interactive devices will develop even further, but again they are really only going to be suitable for the person who is still able to care for themselves to some degree.

Robots We touched on these in a previous article, the most basic machines provide a type of companionship to those living with dementia. They interact with the user in a very direct way – responding to touch and/or voice prompts.

No doubt, as the technology develops even further, someone will create a machine which can be the eyes and ears of a relative (i.e. monitoring the individual with dementia in their home) whilst also providing some sort of practical help like making a cuppa!

Other Ways to Support Someone Living with Dementia

Dementia affects everyone differently, but the overarching effect is to cause increasing memory loss…especially short-term memory, i.e. the ability to process and then recall something. This can be as devastating to the individual living with the condition as it is irritating (and sad) for their relatives.

Some of the gadgets mentioned above can help with this, as can sticky notes, to do lists and lots of patience.

In contrast to the effect on short term memory, long term memories seem to become more like everyday reality. Often the person with dementia will be able to recall minutiae from their past – colour of the curtains in their bedroom as a child, their favourite sweet or TV program – whilst being entirely unable to remember what the remote control in their hand does.

Reminiscing about the past can actually help restore a sense of calm and balance. The Museum of Branding in London has developed an interactive exhibition of old-time packaging and brand labels – the likes of Typhoo Tea, Kit Kats, and Surf, amongst others. Those living with Dementia are encouraged to visit, and touch, hold and smell replica products to see if memories are sparked.

You can do something similar at home by digging out the old photo albums and sitting with your loved one as you go through them together.

More high-tech ways of utilising the power or reminiscing include the use of virtual reality (VR) which we’ve talked about in a previous blog.

There’s something about music that gets through to just about everyone, whether that’s helping to spark old memories, or make new one.

Play Lists for Life are a charity founded in 2013 by writer and broadcaster Sally Magnusson after she lost her own mother to dementia. She believes that everyone with dementia deserves a personal playlist. There are some lovely video clips on the website which demonstrate how much enjoyment listening to music can give someone living with Dementia.

It’s easy to create a personalised playlist for your loved one using today’s technology. Download specific songs/tunes onto a device like a phone, or tablet so they’re always to hand. Or store on a USB stick for playback anywhere that you can plug it in!

Alternatively get hold of pre-recorded CDs

The Play Lists for Life site has 100 Years: A Century of Song with each year of each decade of the 20th century having a corresponding playlist which is accessible on Spotify. Take a look – you’ll be hooked!

If you want more information on how to help someone you love live better with dementia, visit the websites we’ve linked to in this blog, or directly from the links below: