Brexit – Why/How/When – and How Could it Affect You 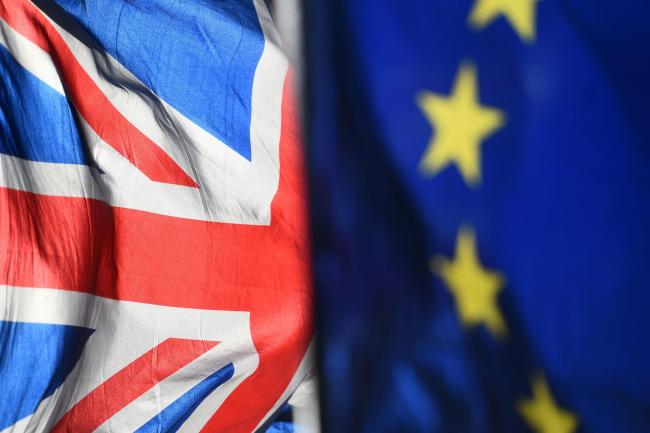 You would have to have been completely cut off from TV, radio and social media since June 2016 not to be aware of the fiasco that Brexit has become. Amidst all the arguing, claim and counter claim, how many of us really have a grasp on how the UK’s proposed departure from the EU could affect us as individuals?

Let’s look back to why and when the ‘leave the EU’ saga actually began.

In 2013 David Cameron promised that the British electorate could "have their say" on Europe as he pledged an in/out referendum if the Conservatives won the 2015 election.

Duly elected, the Tories in their 2015 manifesto say people's concerns over Britain's membership of the European Union have been ignored, and they promise an in-out referendum by the end of 2017 at the latest.

In February 2016 Cameron says the UK Government would formally recommend to the British people that the UK should remain a member of a reformed European Union and that the promised in/out referendum would be held on 23 June 2016.

The merry-go-round therefore really began in February 2016 and appears to have had us all spinning around in circles ever since!

It’s clear from Cameron’s Feb 2016 announcement (above) that he really (really, really) didn’t expect the UK would actually vote to leave the EU. It also seems likely that he proposed the referendum simply to appease Eurosceptics in the Tory party and to fulfil the promise made in the run up to the 2015 election.

We’re sure, that like us, you would struggle to recall a more divisive period of campaigning than that which we were subjected to in the run up the June 23rd 2016 referendum. 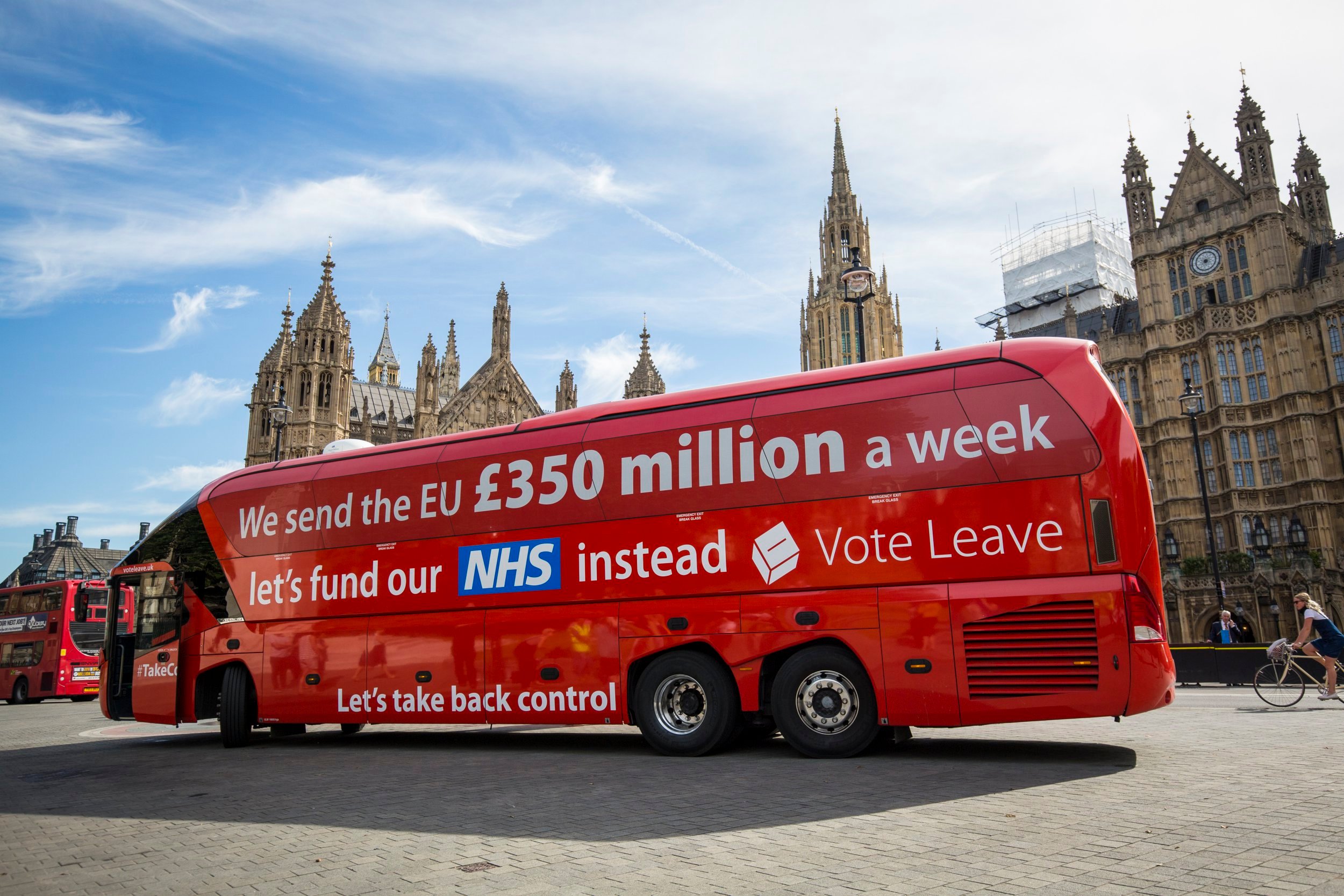 All parties lied (perhaps some more than others) but what none of them did is lucidly and simply explain the pros and cons of leaving or remaining. Instead they played on the sensibilities of various sectors of our society – with the result that the UK became more divided than most of us can probably ever remember.

In areas of high immigration, the leave campaign played up the ‘immigrants are taking jobs’.

And, of course, there was the infamous ‘£350mill per week could go to the NHS if we left’ claim week painted on the side of a bus!

So many people went into vote on 23rd June without any real idea what they were voting for.

Was the Referendum Binding?

Now this is where it gets interesting and not a little murky, because in UK law referendums are ‘advisory’ Parliament does not HAVE to accept the outcome…

And, in fact nowhere in the European Union Referendum Act 2015, does it mention actually implementing the results of the subsequent vote!

The High Court was asked to examine this topic, post referendum and came to the conclusion that the referendum was not legally binding guided by “basic constitutional principles of parliamentary sovereignty and representative parliamentary democracy”.

In a parliamentary democracy, as barrister Rupert Myers put it, “the people are not sovereign”.

The (very) close vote in favour of exiting the UK undoubtedly came as a major shock to the Government and could help to explain why, almost three years later, no mutually acceptable exit has been agreed – no one expected it to happen and so no real thought (appeared) to have gone into the HOW to make it happen. 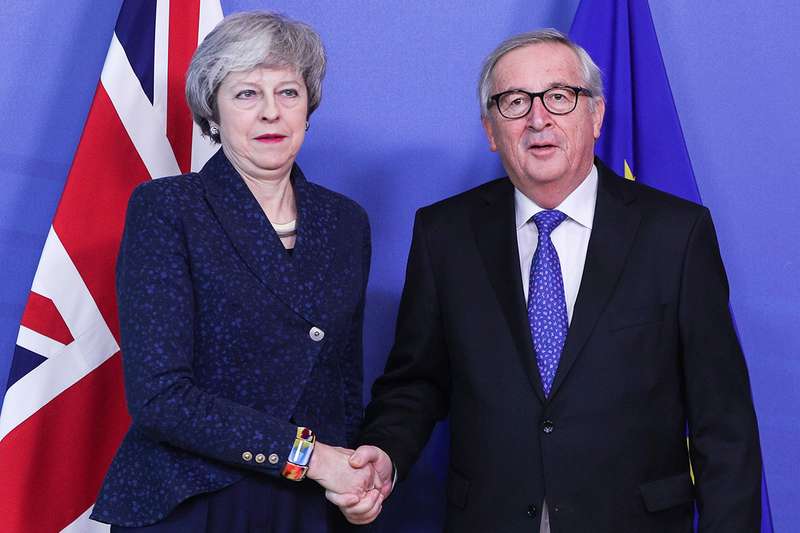 Cameron resigned, May was elected and called a snap election in 2017, apparently convinced she would be rewarded with the majority she would need to push Brexit through Parliament once she triggered Article 50 (the ‘opt out’ document).

Of course, her plan backfired spectacularly as she failed to gain the majority needed to rail road plans through!

May has one more chance to get her ‘deal’ ratified through parliament on 22 May but having already tried three times, this doesn’t seem likely. Technically we could leave without a deal but this is not favoured by politicians (even though it may seem the best option to some of those who voted to leave).

You’ll all have heard some politicians and businessmen saying the UK will be fine when we exit the EU as far as international trade goes because we’ll just be able to trade under WTO rules.

WTO rules – World Trade Organization – only mean that countries cannot normally discriminate between their trading partners. Grant someone a special favour (such as a lower customs duty rate for one of their products) and you have to do the same for all other WTO members.

Brexit optimists say the EU cannot treat products from the UK differently under WTO rules than it did before Brexit, because the UK’s rules are the same on day one. This ignores the fact that the EU has categorically stated that they intend to treat the UK as a so called ‘third country’ (meaning we have no preferential rights) from the day we leave (day one).

In any case, WTO agreements don’t give anywhere near the same level of protection to exporters as the UK currently has under existing EU trade agreements.

It is this uncertainty over trade which is going to cause us all the most headaches – we may find some previously easy to obtain items become scarcer and more expensive and our exporting businesses will find it harder to get their goods to market.

Unfortunately, few, if any, countries are entirely self-sufficient and international trade is a necessity not a nicety. The UK imports more than it exports – the 2018 trade deficit was £138 billion, partially offset by the trade in services (banking and finance mainly and how Brexit will affect this is unclear).

How Could YOU be Affected Once the UK Leaves the EU?

Let’s assume that ‘the wishes of the people’ prevail and the UK does leave the EU at some point – does anyone know what will happen, really definitively happen?

Of course not – nothing like this has ever happened before!

The impact will presumably be different depending on whether the UK leaves with or without a negotiated deal but in any case, transitional arrangements will be in place until Dec 31st 2020 (probably longer given we still haven’t exited). During the transition period the UK will need to abide by existing EU rules but will lose membership (including the ability to affect any decisions).

For the purpose of this article, we’ll assume that the UK leaves (whenever that may be) with NO DEAL (as this is ‘worst case scenario’) however it is equally possible that all the following will apply if we leave with a deal…we just don’t know!

What could affect you: 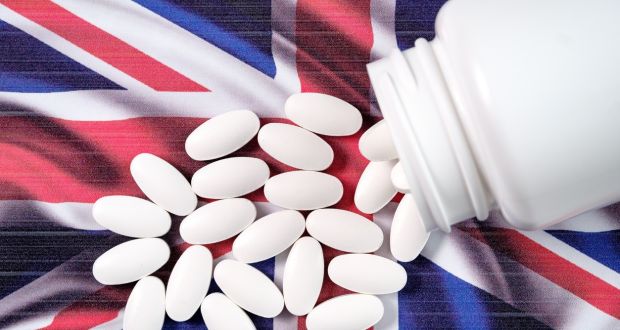 Concentrating specifically on what the effects could be on older, more vulnerable members of society, it would be remiss not to touch on the potential loss of EU workers.

Politicians rattled the cages of those who feel that there are too many non UK citizens in the workforce. What they singularly failed to do was to point out that actually we NEED EU workers – particularly in the care sector.

Research has estimated that 130,000 new care workers are needed EVERY year just to cope with current levels of demand. There are more than 100,000 vacancies in the care sector and 3 out of 10 care workers will leave the sector each year.

Despite the ‘UK jobs for UK workers’ rhetoric, the fact remains that there aren’t enough UK citizens willing to work in caring roles given the historically low pay within the profession. Without an influx of EU workers in the future, it is entirely possible that millions of us who WILL require some level of care in our older lives will NOT be able to access it.

The same can be seen in our beloved NHS – currently there are 41,000 nursing vacancies and since the Brexit vote more than 7,000 nurses and midwives from the EU (and the European Economic Area comprising Norway, Iceland and Liechtenstein) have left the NHS. More UK citizens could be trained to fill these positions BUT training takes time (at least 3 years in the case of nursing) which does not address the current shortage.

To add a further level of concern, once we leave the EU (unless special agreements are made) the UK will lose access to many of the networks, approval systems and databases that allow drugs and medical equipment to flow freely between countries. We may even become low priority when it comes to launching new drugs and products, meaning UK patients could miss out on the latest developments in medicine.

Another issue that has not been addressed is the rights of UK retirees living in the EU. No one knows what is going to happen to pensions, access to health care etc. If expats return en masse because their rights to live in the EU are severely altered, this will put additional pressure onto an already stretched social system.

It’s very difficult to be positive about a situation that no-one really has a complete handle on. So much of what we do know is speculation, which makes planning ahead difficult for businesses and individuals alike.

We see our politicians squabbling like children, totally unable to make decisions.

We were presented with inadequate information in 2016 to enable a rational choice over remain or leave.

Whatever the ultimate outcome, surely no one is going to look back at this period of British history with any fondness!

Labels: Brexit, Older People And Brexit, Impact Of Brexit
Back to Listing